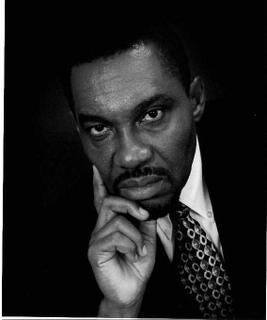 In this age of Enron, Global Crossing, Worldcom, the Vioxx debacle at Merck and political leaders who succumb to bribes and vulgar behaviors, a critical and invasive spotlight (and sunshine) is being placed on the ethical practices of leaders in private, public, secular and religious sectors of society.

Joanne B. Ciulla in Ethics, the Heart of Leadership poses that “Power and authority in today’s world stem not from position or coercion, but from trust, commitment and values shared with those who are led.” Well, whereas I might agree that, power and authority might not stem from ‘coercion’, I propose that they do stem from ‘position’. And, I could possibly be persuaded to also agree that positions of ‘power and authority’ can emerge from the trust and commitment of followers (religious and secular), voters, staff members (in organizations) and share-holders of companies.

But, I would strongly disagree that such ‘power and authority’ stem from any ‘shared-values’ between leaders such as those at Enron, Global Cross, Worldcom, and Merck, and the people who ‘follow them.’

This point is also evidenced in the political atmosphere in Antigua & Barbuda which preceded March 23rd, 2004. For over a quarter century, many of us believed and hoped that our elected leaders represented our yearnings and desires, as well as our goals and objectives. But the truth was that the political leaders of those days represented their own yeranings and desires for money, social status, and the authority to direct others to do their bidding. They wanted these things for themselves - first... and somewhere down the road, at a much later date (if ever) - for the rest of us. Just like the leaders at Merck and Enron, our former political leaders made fabulous promises and commitments – particularly close to elections. After winning their constituences, their commitments receded into the background as they begin wrestle to fulfill their private personal agendas and desires. Year after year, they reneged on their commitments and and betrayed the trust of their constituents.

And year after year, election after election, their constituents - the hopeful, trusting people of Antigua and Barbuda gave them another chance. And another. And another. And another… only to be disappointed, betrayed and fooled year after year. Election after election. While the elected filled their coffers, wielded their power, used and abused the innocent, parlayed public property for priavte gain, and courted international barons, criminal privateers and ‘pirates of the Caribbean’ who camoflaged theselves as neo-nationals.

Never again… should we allow any of our leaders, religious or secular, to betray our trusting people. Never again, should we allow the scroundels of the past to wield control over our domain again. Why… because they will do as they have done. They can do no different. They are who they are… true to themselves.

True to themselves… A story clarifying this point is inorder. A story is told of a meeting between a frog and a scorpion. As the frog was about to swim across a stream, the scorpion approached and asked him for a ride. The frog said, “No! Do you think I am carzy? If I give you a ride on my back… I know what’s going to happen. You are going to ‘sting’ me… and since your sting is posionous… I will die.”

The scorpion replied that the frog was being stupid… because if he stung the from while in the water… then both of them would die since he, the scorpion could not swim. He pleaded with the frog. He begged. He promised (just like a politician would). But the frog would not give him a ride. He got down on his knees. He told the frog that he did not want to die… He made such a powerful and persuasive argument that the frog relented and gave him a ride.

Yep… that’s what some politicians do. They betray trust. They are unethical. They look out for themselves. They are who they are. They cannot change. They will not change. They see no reason to change. They have profited from their illegal profiteering. They form allegiances with international barons, local privateers and "pirates of the Caribbean" to disenfranchise the poor and innocent - and really all of us. They are like scorpions. Their sting is deadly to us. Unlike the scorpion ... they will survive to sting again and again and again... if we let them.

Yes... Those politicians who have stung us already… will sting us again… if we let them.

We won’t. Never again. We will not go back.

Here is a warning to those who have not yet stung us... to those who promise sunshine and transparency. Don’t try 'to sting us'. It won't work. We are watching you closely. You are under the new spotlight. Your own sunshine has enveloped you. Some of you are already close to the edge. You have tasted the power. You have seen the possibilities. You may be tempted. Don’t try it.

The world of politics in Antigua and Barbuda has changed. The sun is shining through. The spotlight has been turned on. And, that light can never be turned off. Our people have slowly awakened. And we are demanding high ethics from your high offices. We are demanding transparency in decision making. We demand that no deals be made in the shadows… not among yourselves… not with any international baron or local privateer… and specifically not with the so-called ‘nationlized’ “pirate of the Caribbean”. Money will not protect international barons, local privateers or pirates from the wrath of those who have been stung... nor from the vengeance of the children of the victims.

Keep the sun shining in. Up with people. Down with laborious party politics of the past!

Never again will we return to the shallow, shadow, vulture-like politics of the past. Never again.
Posted by Marcus at 11:57 AM